Asia is a continent of gifted destinations. Nepal and Bhutan are two incredibly unique countries in South Asia. With similar natural traits, both countries are big on temples, monasteries, forests, lakes, and mountains. The Nepal and Bhutan tour takes you on a stunning cultural voyage across the landlocked Himalayan wonders. Nepal, the birthplace of Gautam Buddha and Bhutan, the Land of the Thunder Dragon, are eager to welcome you in their warm embrace.

When was the last time you did something spontaneous and carefree? If you learn to unleash the traveler in you, you will have the experience of a lifetime. The 9-day Nepal and Bhutan tour maybe enough to allow you to do so.

While Nepal is keen on inviting tourists in millions, Bhutan is wary of safeguarding its environment and resources. On account of sustainable tourism, the latter encourages a handful of tourists into its realm every year. This is one peculiar difference between Nepal and Bhutan you should know.

So what is there for you on the Nepal and Bhutan tour? For one thing, you’ll get a glimpse of the traditional way of living even in the modern era. There is something graceful about it that will make you want to indulge in it. You get the opportunity to immerse in this delightful country-like lifestyle.

Places to Visit in Nepal and Bhutan

You will begin with a brief Nepal tour which we’ll resume towards the end of the trip. Kathmandu, the city of vibrant art and culture, will entertain you to its major attractions. First, you’ll stop at the Kathmandu Durbar Square, then the Pashupatinath, Swayambhunath, and Bouddhanath which are the sacred Hindu and Buddhist temples. Later, you’ll get an opportunity to visit monuments like Patan Durbar Square and Bhaktapur Durbar Square. You’ll call the tour off with alluring sunset and sunrise views from Nagarkot, a hill station nearby Kathmandu.

Bhutan tour from Kathmandu begins with a flight to Paro. One of the first things you’ll notice is how conventionally serene and peaceful Bhutan is. Up until now, you may have an idea of what the trip to Bhutan might unfold. But when you get there, it’s a different dimension. Bhutan uncovers a plethora of natural and human settings, some of which go back as far as the 1600s.

Peaks and hillocks such as Chomolhari and Jichu Drake kick off the trip. Bhutan has many “Dzong”s (fortress-like monasteries) with significant meaning to the Bhutanese culture. You’ll explore inside the hidden kingdom which nests Rinpung Dzong, Drugyal Dzong, Tashichho Dzong, Wangditse Gompa, Lungchutse Monastery and Punakha Dzong (second largest in Bhutan).

You will also see the glorious Samtenling Palace, where the then Bhutanese King Dorje Drak used to retreat. King’s Memorial Chorten is another site to watch out along with the National Library which preserves ancient manuscripts. You have a ton of options to stroll and seek in Thimphu, Punakha, and Paro.

You’ll have a lasting impression of the art, culture, and lifestyle amidst other essentials of the Nepal and Bhutan package.

Let’s check out the Nepal and Bhutan tour itinerary designed by The Great Adventure Treks in detail before you decide.

Day 05: Hike to Wangditse Gompa followed by sightseeing in Thimphu

Day 08: Fly to Kathmandu, sightseeing in Patan and Bhaktapur and sunset views from Nagarkot (2195m/7,201ft), 35 mins drive from Bhaktapur

Arrive at the Kathmandu for the Nepal and Bhutan tour. Meet with the hotel representative who will transfer you and your belongings to the hotel. Rest and have lunch before you set off to Thamel, the tourist hub of Kathmandu. Have dinner and stay overnight at the hotel.

After breakfast at the hotel, prepare for a full day sightseeing tour around Kathmandu. Kathmandu is the renowned host to 7 UNESCO World Heritage Sites. You have the chance to visit the Kathmandu Durbar Square and then the Pashupatinath temple. Then, get to the Swayambhunath (also known as Monkey temple) and Bouddhanath, which are the two biggest Buddhist stupas.

Take an hour-long flight from Kathmandu to Paro, Bhutan. Follow a designated representative as he drives you to the hotel. Visit the popular Buddhist monastery Rinpung Dzong followed by Kichu Lhakhang, one of Bhutan’s oldest temples. Then get to the Bhutan Victory Fort named Drugal Dzong from where you get a clear view of Mount Chomolhari. Stay overnight at the hotel in Paro.

After an hour-long drive to Thimphu from Paro, start hiking towards the gorgeous Takstang Monastery at 3180 meters. The 4-5 hours hike will acquaint you with beautiful trails, steep cliffs and a luscious panorama of the “Tiger’s Nest” monastery. Follow the trails down and get to the hotel in the evening. Overnight in Thimphu.

Day 05: Hike to Wangditse Gompa, Sightseeing of the rest of Thimphu

Drive to the BBS Tower in Thimphu first thing in the morning and walk to Wangditse Gompa. You’ll have time to check out Samtenling Palace and the zoo where you’ll find “Takin” (national animal of Bhutan). Then visit King’s Memorial Chorten, the National Library, and the National Institute of Traditional Medicine. Explore the Tashichho Dzong and Textile Musem in the evening and stay overnight in Thimphu.

After breakfast, drive to Dochula pass known for a terrific view of the Himalayas. Hike up to Lungchutse Monastery alongside rhododendron forests and colorful Buddhist prayer flags. Stroll through the rice fields in Metshina Village until you reach Chimi Lhakhang. Visit the fertility temple in Chimi Lhakhang. Back to Punakha and overnight at the hotel.

Drive for 4 hours to the north Punakha and begin hiking to Khamsum Yulley Namgyal Chorten in Ngezergang. Explore the articulate paintings and get to the ancient Punakha Dzong. Drive to Paro after sightseeing and stay overnight.

Take a flight from Paro back to Kathmandu and transfer to the hotel. The full day sightseeing starts from Patan Durbar Square and continues to Bhaktapur Durbar Square. Visit the Nyatapola Temple, the 55-Windowed Palace, and take a bus to Nagarkot. Enjoy the exquisite sunrise and sunset views from Nagarkot. Overnight at the hotel.

The final day of Nepal and Bhutan tour. Treat yourself with local delicacies, do some shopping and rest before the farewell. Get to the airport prior to the flight. Prepare for the final departure.

Other services not mentioned in the ‘What Is Included’ section

Tips for guides and drivers

Not really satisfied with this itinerary? Make your own Customize It
Price From USD $ 1,490/person
Book Now 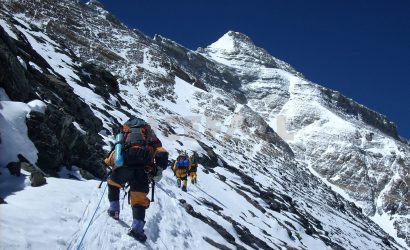 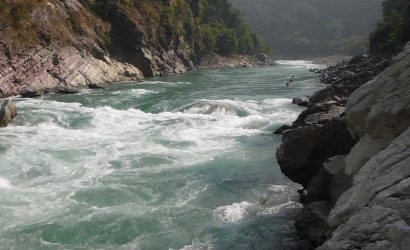 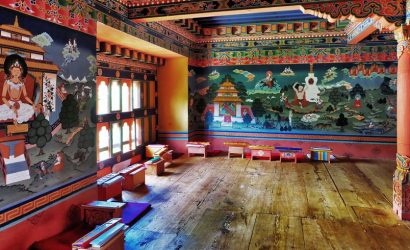 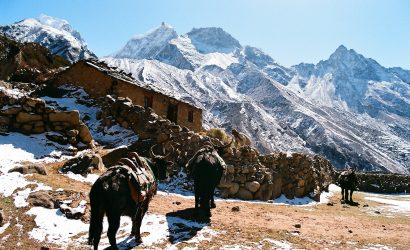 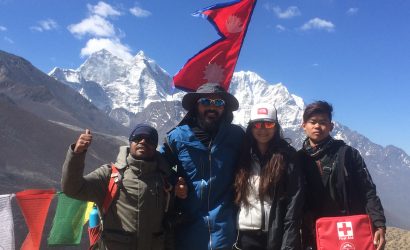