1 day Pokhara Tour unveils the thrill and adventure of a perfect outing. Pokhara, nature’s hidden paradise, possesses nature’s gift of superb beauty. With a majestic view of the Annapurna range at its backdrop and a serenity of lakes, Pokhara is the perfect destination for a wonderful one-day tour.

one-day tour in Pokhara encompasses the experience of the beauty of nature either through viewing the spectacular snowy peaks or the tranquility of the different lakes in the valley.

Today, you will be sightseeing at Pokhara and visit number of beautiful places in Pokhara. Some of the places that you will visit are:

Departure: Our staff will come to pick you up early in the morning from your hotel.

Note: price is based on minimum of 2 people booking the trip. Solo traveller are required to inquire a different price.

The Phewa Lake, the second largest lake in Nepal, adds to the enthralling beauty of Pokhara. The changing light of the sun on the Phewa Lake provides aesthetic calmness to the lovers of nature. On the eastern side of the lake, visitors can find a cluster of restaurants and pubs. Along with these attractions, boating, sailing, kayaking, canoeing, swimming, bird watching, fishing and angling are some of the activities which you can participate in at Phewa Lake. In the midst of the lake stands the Varahi Temple, , where animal and bird sacrifices are offered to the goddess Varahi by Hindu worshippers every Saturday.

David’s Fall is a charming little waterfall located about 2 km southwest of the Pokhara Airport on the Siddhartha Highway. Also located very close to David’s Fall is Gupteswar Gupha, a mysteriously sacred cave that holds special value for Hindus since a phallic symbol of Lord Shiva is perfectly preserved here in the condition it was discovered in. Locally, it is also named as Gupteswar Mahadev.

Bindybasini Temple is the oldest religious shrine in Pokhara built in the 16th century. The main shrine of the temple is dedicated to the Goddess Durga where Hindu worshippers flock to perform sacrifices, especially on Saturday.
Mahendra Gupha and Chamere Gufa  are two other major, attractive natural sites reached after a two-hour walk north of Pokhara. The Mahendra Gupha is known as the ‘House of Bats’ and Chamere Gufa(Bat’s Cave) are aptly named owing to the number of bats living within theirwalls.

Seti Gandaki Gorge, a wonder of nature that goes underground, vanishing from sight in many places along its route through the city. At various points the river is barely two meters wide and cuts a deep, narrow valley. . A good spot for watching the river below is Mahendra Pul, a small bridge at the center of the city.

World Peace Pagoda, a massive Buddhist stupa, is an impressive site in Pokhara situated on top of a hill on the southern shore of Phewa Lake. Besides being an impressive sight in itself, the Buddhist shrine is a great vantage point which offers spectacular views of the Annapurna range and Pokhara City.

Not really satisfied with this itinerary? Make your own Customize It
Price From USD $ 55/person
Book Now 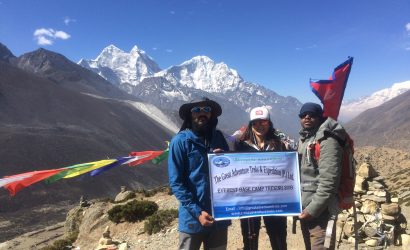 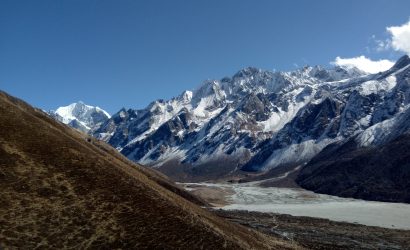 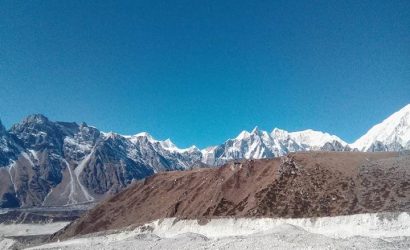 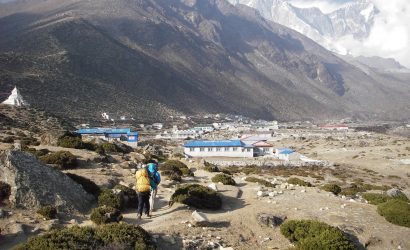 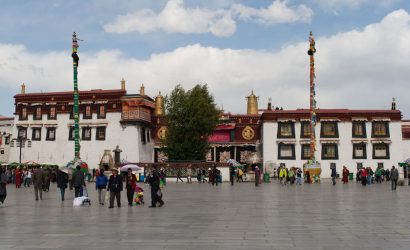 Shangrila Tour To Tibet (Fly In and Out) 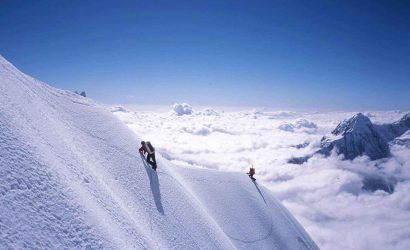